Colyne was a pursuivant-at-large of the Ealdormere College of Heralds for many, many years.
He has also been the pursuivant for the Canton of Ardchreag twice.
He is currently the Baronial Herald for Skraeling Althing. 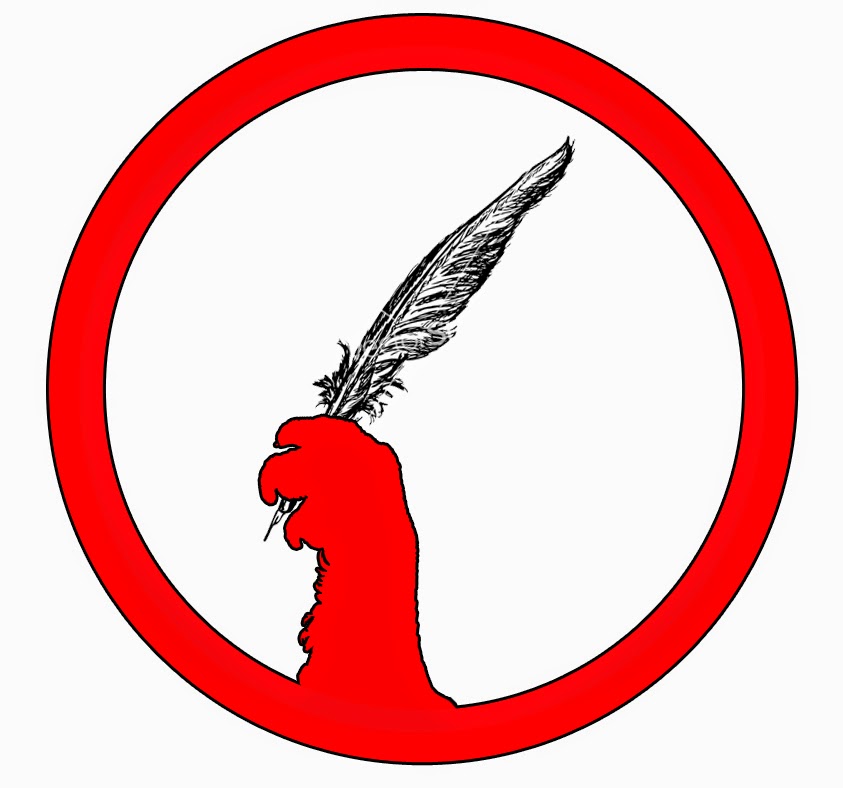 (Fieldless) A feather bendwise sinister sable sustained by a fox's jambe within and issuant from an annulet gules. 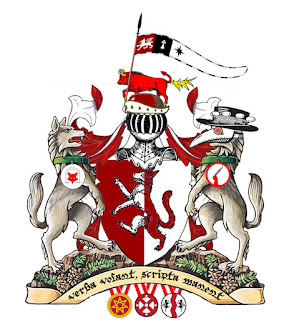 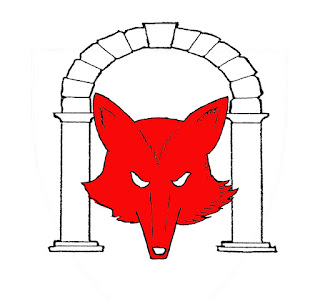 Fieldless, a fox mask gules within and conjoined to an arch argent.

Gules, a bear rampant argent, armed and langued azure, collared and chained or. 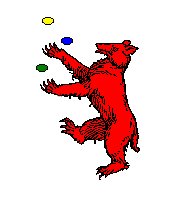